Grace's on a Friday night is always a great session, one of the best in Dublin. Friday, May 8th, Canalaphonic Festival will be in full swing, and so will Sugán in Grace's.

(Thanks to cocklesandmussels Youtube channel for the footage, visit to find plenty more.)
Posted by Michael at 3.26pm Wednesday, April 29, 2015 No comments:

Religion embedded in the machinery of war

I think  it was the late seventies. I turned on the  news one evening, and there was a report showing a priest, along with a minister of some other Christian denomination, blessing cruise missiles before they were deployed in Europe.
The wording has stayed with me, the justification for carrying out a Christian ritual on instruments of mass destruction. It struck me as almost surreal. It seemed to me to be an abuse of the religion, to use one of its rituals in this context. No doubt, there are those that'll say the prayer below is appropriate, but can anyone really believe that Jesus would have blessed cruise missiles?
Cruise Missiles

Jesus, the padre prayed,
direct these missiles onto the heads
of our enemies.

Except that’s not what he said. He said,
we pray that these missiles will be efficient
in their function.


Then. Up Jesus,
ride them clean down their throats.
Except, of course, he didn’t say that either;


but blessed them with holy water.
After that, the missiles were dispatched,
American missionaries to Europe.


in a wintry gale.


sprinting down the valley.


with their silvering sheen.


humming out of tune.

a shirt that blew


tongue on the mountain 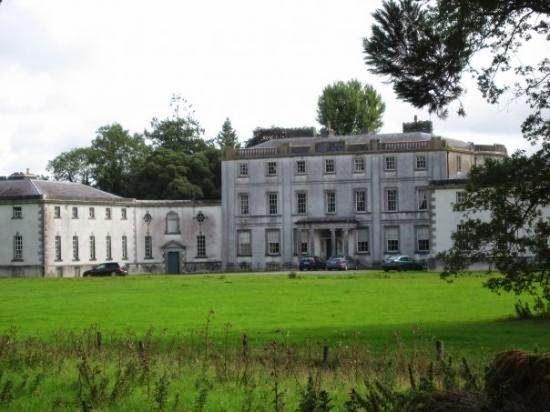 It’s almost May. It’s almost Strokestown Poetry Festival time. The festival is on from April 30th to May 3rd. This year featured poets include Iggy McGovern, Peggy Gallagher, Paddy Bushe, James Harpur,  Eva Bourke and Vincent Woods.There is also the launching of a new collection, The Boys of Bluehill, by Eiléan Ní Chuilleanáin. I’ll be reading with Gerry Boland at 4.15pm on Saturday, May 2nd.
It’s a fantastic festival with a very pleasant and laid-back ambience. Most of the events are held in Strokestown House, home of the Famine Museum, a visitors’ attraction of national (if not international) importance. Added to that , a few great pubs and you’ve got a really enjoyable weekend.
Festival Programme: http://www.strokestownpoetry.org/?page_id=1538
The following weekend, I expect to be reading with a group of poets as part of Canalaphonic Music and Culture Festival in Rathmines. Details of this should appear on the Canalaphonic website.
Canalaphonic Music and Culture Festival:  http://canalaphonic.com/category/latest-news/
Posted by Michael at 3.26pm Wednesday, April 22, 2015 No comments:

i.e. the block on which a writer's head is severed.


Nothing lands on this plain;
nothing moves
but its seeping emptiness.

This poem has little to do with Sartre or Simone de Beauvoir, but the image of her sitting in a chair above  his grave got me started. I didn't see a photograph, so it was easier to envisage her as, almost, sitting by her hearth.

It is one of a number of poems that would not have been written if I had seen the image as it actually was. I wrote a number of poems on the subject of the felos in Galician carnaval (published in a chap-book, Felos aínda serra, by Amastra-N-Gallar, 2004; see link in side panel); I saw the images in black and white; had I seen  the many photographs which were in colour I would not have been able to write them. 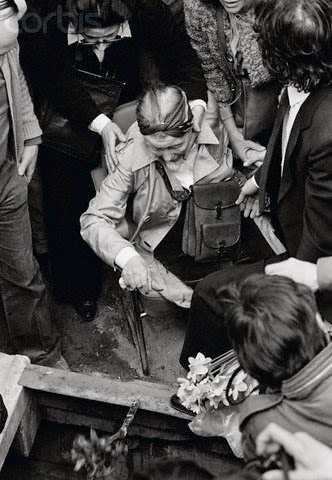 They Gave Me A Chair.

They gave me a chair


so I could sit beside the grave,


after the funeral crowds had gathered.


And I, his lover, was looking down


as though this earth was some sort of heaven,


I'd prefer it south-facing


or he could do with a bit more space


or some other such nonsense.


Then alone again, I found,


fixed above all my memories,


the picture of a coffin


on the floor of an empty room

Man-made
One shot
and the lights go out
down the street,
through the town, country,
world;
all that fits so easily inside a head.

I can't remember the circumstances in which this poem was written, and that's probably a  good thing.

I was in a hawthorn,
trapped in its branches;
all arms, hands and fingers
prevailing on me not to struggle.


I was an exhibit in a jar
ragged and shock-eyed,
praying for a passer-by
where ravens perch still for hours.


I was a storm-blown tatter
caught in another’s stitching;
my cries drifting into the sky
nonchalant like dandelion seeds.
Posted by Michael at 3.26pm Tuesday, April 14, 2015 No comments: 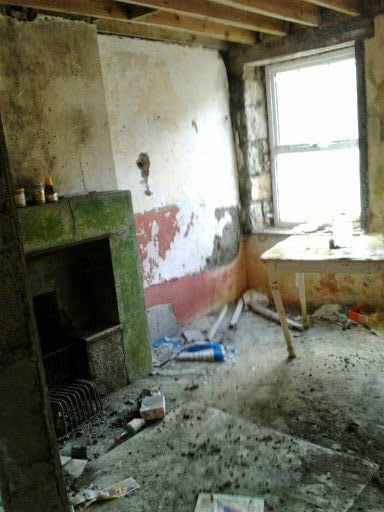 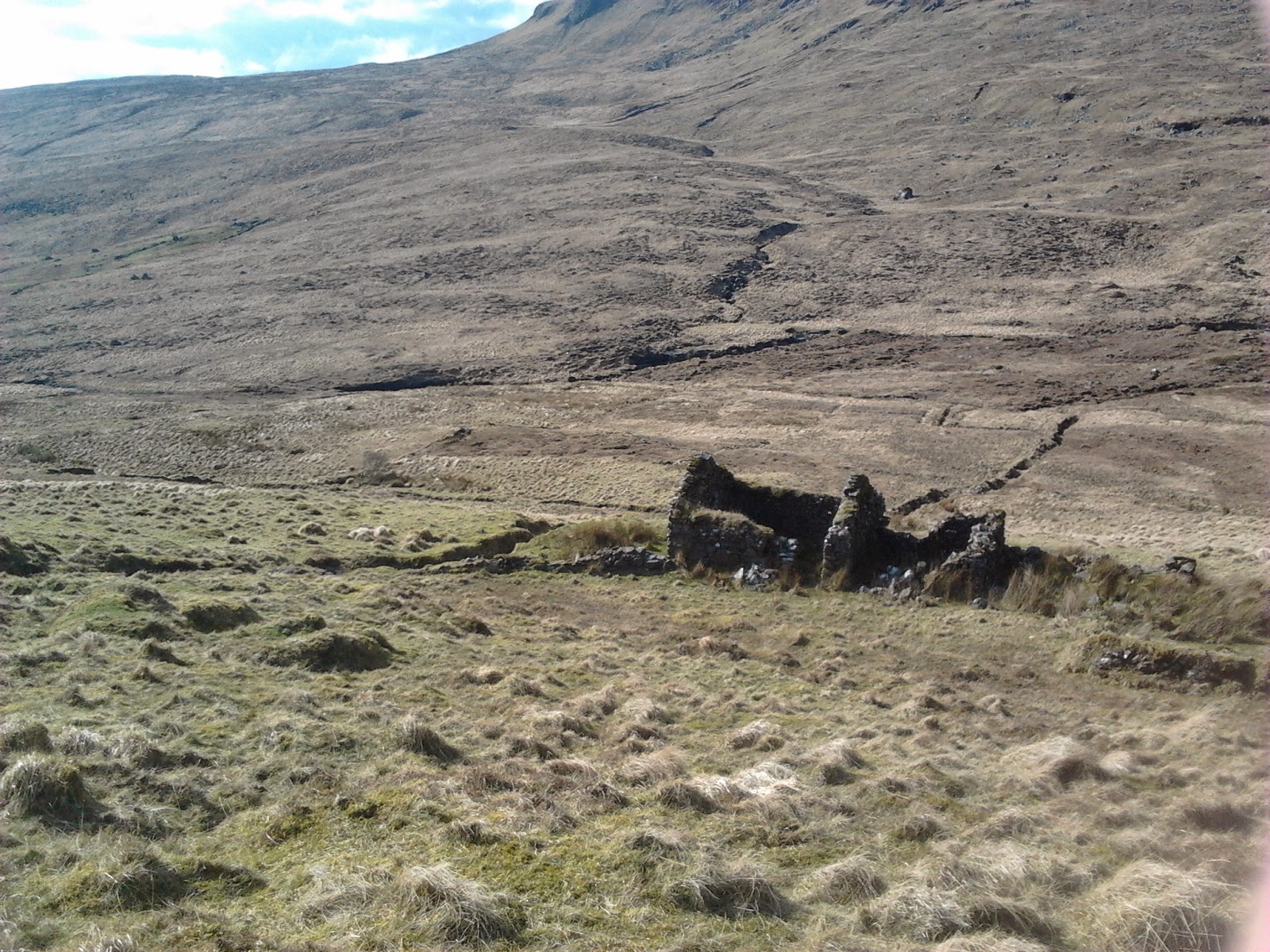 I’m always tempted to stop at derelict houses, old ruins, etc., sites where past generations have left their mark. There’s a particular atmosphere, a poignancy. In their state of aging or decay, they suggest sadness’s, hardships.  The tiny rooms, the (often) miserably poor land, potato ridges still outlined in a nearby field, a fuchsia in full bloom.
I hope to find something more than just the gable or bare walls, something that will transmit a stronger sense of the people that lived there. A surviving hearth, the lintel over the window, over the door, the details that bring some personality to the remains.
The other day I came upon the ruins of an old cottage at the top of a valley in the Bluestacks in Donegal. What a hard place it must have been in deep Winter; now its walls half gone, but its extent and layout still very clear. In a recess in the gable, there was a stone clearly shaped for some function; was it a pestle, or a weight?
It is so rare to find anything but bare walls scoured by the weather. I thought of holding onto it, but, much more than any museum exhibit, it was where it belonged; I left it.
No People
The hunch-doubled thorns,
ingrown pantries
dung-puddled;
the moss-stone walls
tumble-gapped.
The nettle-cracked doorway,
lintel-fallen
byre-footed;
the cloud curtained windows
elder-berried.

The barbarity of war is one thing, a less obvious barbarity comes next. I find it difficult to decide how I feel about media reportage of human tragedies, but I follow it, sometimes avidly. Somewhere in that morass there is a level at which I am sharing in the inhumanity.


“At half six I turn on the television to see how the war’s coming on.
Tracers are arcing down on Baghdad;
the reporter keeps looking over his shoulder.


Shoes off, I stretch out,
rest my feet on the coffee table.”


And somewhere out there, the headlong mania of reporters and photographers looking for the money-shot.
Ed Behr recounting a scene among Belgian civilian refugees in Congo, 1960, “Into the middle of this crowd strode an unmistakably British TV reporter, leading his cameraman and sundry technicians like a  platoon commander through hostile territory. At interval he paused and shouted, in a stentorian but genteel BBC voice, “Anyone here been raped and speaks English?” Ed Behr, Anyone here been raped and speaks English? 1981


A Brief Note on an Imminent Famine.


Everyone here will starve:
each bone will be a stripe,
each hand a bowl,
each leg a stick.


Then there'll be the gluttony
of cameras:
our threadbare skin
will be devoured,
our eyes exported
shining like pickles.
Posted by Michael at 3.26pm Monday, April 06, 2015 No comments:

Labels: media coverage of human disasters: immoral or not?

When, at the end of the beach, I turned


to face that gleaming scimitar of strand,


the filigreed waves  racing to land,


the geode patterns beneath my feet,


the scythe of 12 oyster catchers close-by,


their chevron markings perfect in that light,


I felt, suddenly, the glory of creation.

And, as I walked, I felt the completeness of my belonging,


and my impermanence, like the scarves of sand blowing


ahead of the wind, and not at all sad for that;


and seeing too that beliefs are transitory,


that the earth will swallow all and shine on

Céilí and Trad at Canalaphonic, 8th and 9th May