Life, trains you choose:
hop on, hop off, forget to;
and still no matter how many
you take, you’re only ever in
one carriage,
only ever in the one you’re in.

We could string this out, couldn’t we:
long-distance, short-distance, circle lines;
the country singers have done it all already;
it does strike me though,
the more trains you take,
the less direction you have.


On a windy day I could hear the conversations speeding through the phone wires:
Roscommon to Dublin, Roscommon to Galway, the Dublin express thrumming through.
I would stand below them,  listening, waiting for one word to fall, mercury-drop perfect,
down past the briars, dog roses, blackthorns, elders, into the can of the young boy’s ear.


A peninsula: shingle, cockle and barnacle shells, strips of desiccated wrack,
greened with sea-holly. The wooden cabin, though frequently lashed with spray,
was salted dry, and coloured somewhere between bone and limestone;
I lived there for five months before you came.

From the land our light seemed no more than a single candle burning;
the clothes on our line had the appearance of  rags,
and the smoke from our fire curled into the sky with a nonchalance
that suggested our daily struggles with lighting washed up timbers.

You’ll remember the shingle made walking difficult; with each step the stones rolled.
You said it sounded like the grinding of a mouth full of loose teeth; but, around the bay,
a billion stones rolled thunderously with each beached wave;
and the  breeding terns came at us like boomerangs.

Nights: we were  unlit stars perhaps, but at one with the universe, free and alive
in the unbroken expanse of shore, sea and sky; we had  space
to be colossal, to exhilarate; and moonlight, our spotlight to roar songs into the cosmos,
to take the universe’s light into our eyes and exult in it.

Came the day of migration: wings outstretched, muscles fluid, necks craned to our separate
destinations; we, without backward glances, took to the air
with eyes big enough to countenance the curve of the earth, greedy enough to fly it;
and left our peninsula, a finger  pointing to somewhere .
Posted by Michael at 3.26pm Wednesday, September 25, 2019 No comments:

Emigration seems to be a never-ending feature of Irish life. This poem  is rooted in the Ireland of my childhood.  The boat then had the effect a little death for those left behind.

Here the sea is no more than a sigh in a shell,
conversations speed past, pole high, Dublin to Galway
and music is the wind whistling beneath a door.
Slightness describes Summer's step,
stonework its skies; a little light drips
from its edges but it's falling from a miser's hand.
Across the fields the church, within its necklace
of dead congregations, is a rusty hinge;
a place filled with a century's stillness.
And the ivy-choked trees lean closer together
like old men guessing at each others' words.

If you were to fly over these patchwork hills,
along the hedgerows and through the lightless haggarts,
you'd never meet a soul. The old farmers are sitting
in their twilight kitchens, their families standing
on the mantelpiece in the other room that's never used
with faces tanned beneath American skies.
Only the din of crows seeps into that silence;
crows more numerous than leaves on the sycamores,
always bickering, hogging the light,
building their cities, staking their inheritance.


Don’t look to a rich man to loosen anyone’s chains;
wealth has seldom been amassed with empathy for the impoverished.
Crumbs from the rich man’s table are still the staple;
it’s as it’s always been: easier for a camel to get though the eye of a needle
than for a rich man to enter the kingdom of God.

All the words  rushing,
propelling themselves, toppling over each other
like water through a sluice,
conveying no meaning
beyond their own chaotic flow.

Stand there with a bucket refusing to fill;
the words raining out,
ricochetting with that uncontainable energy
away from shape
like iron filings defying a magnet.


I am in a place I don’t recognize.
Alone.
There is a country that has left me.

I don’t have a compass.
And if I did I do not believe it would find
me.

There is no point in yelling
this far out to sea.
Besides, I appear to have lost my voice.


Unfortunately ‘The Heartlands Writers’ event due to take place this Saturday, 14th Sept, has had to be cancelled.  I am hopeful that one or more literary events will take its place  in  the coming year.
Posted by Michael at 3.26pm Thursday, September 12, 2019 No comments:

Reminder: Workshops and Readings in Roscommon 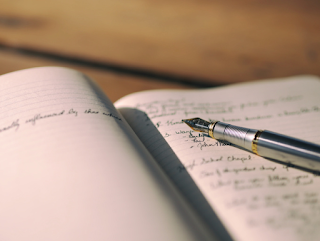 A celebration of writers from the Hidden Heartlands with an afternoon of masterclass workshops followed by an evening’s miscellany of words and music in Roscommon Arts Centre.

The Arts of Metaphor: Acclaimed poet Jane Clarke will look at the role of metaphor in creative writing. Participants are invited to come with a favourite poem or a few lines of prose where they find the metaphor/s exciting, intriguing or moving.
Write On: Author Brian Leyden will bring his expertise to guide and encourage participants to write with a fresh eye, a clearer sense of personal style, and a new confidence.
Sculpting a Poem from the Rough Block: Michael O’Dea, poet and teacher of creative writing, will facilitate writers in the fining of their work and follows the complete process of a writing a poem.

My brain is on a pole approximately 80cm from my head;
there’s a dull ache in its place, and my thoughts are crossing the gap
at greatly reduced speeds.

My eyes are transmitting from a station on a nearby hill;
everything is drawn with broad black outline, so each object is more its shape
than itself.

My ears, however, are firmly in their place, and appear to have evolved
to the point that I am aware of collisions in the remotest regions of the universe;
this, to me, is particularly unsettling.


Dusty light falling through the trees,
their apple-laden branches,
settling on the tall grass, thriving nettles,
is sealing the orchard in a kind of torpor.
.

The fat apples, awaiting the picking that will not come,
avow, as light the darkness around it,
our transience:
time and purpose.