Looking forward to having a few pints in 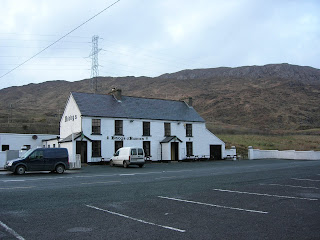 Biddy’s in Barnesmore, and walking in 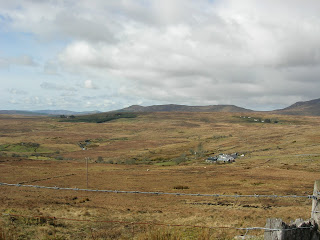 the Bluestacks, getting started on a Roscommon anthology and lots and lots of eeeeeeease.
Posted by Michael at 3.26pm Friday, May 30, 2008 No comments:

Apparently the Irish are the biggest poetry readers per capita in Europe. I am not surprised but I am a bit sceptical as to what the numbers reflect. A few years ago I read at Strokestown Poetry Festival (a very enjoyable weekend by the way). Anyway Seamus Heaney attracted a colossal audience, way beyond the numbers for any of the other events. This is to be expected, but I suspect this is reflected in book sales as well.

Secondly poetry publishers rely on Arts Council funding, this results in an unusually high number of poets being published in Ireland (per capita). A lot of readings then, and there is pressure to fill the rooms and sell the books. Thirdly, and back to festivals like Strokestown, there are a lot of poetry writers and often these are the ones attending the events and buying the books. Sydney Bernard Smith used to call it Ireland’s standing army of poets. But is there a great non-poet readership?

I think there is a real interest in poetry among those in their teens, I have found it myself in my own work. Here is where it can be encouraged and where a cohort of wide-ranging poetry readers can be nurtured. It would be nice to see a strong and innovative campaign instigated to develop the interest. Unfortunately, except for those being taught by the scattered enthusiasts, I don’t see it happening.

And while Seamus Heaney is in my mind, I wonder is there many out there that would agree that Brian Friel among all Irish writers deserves the Nobel Prize.
Posted by Michael at 3.26pm Friday, May 30, 2008 1 comment:

I’m convinced the play of sunlight on water triggers happiness. The scintillations seem to tickle the brain.

So for the complete package I’m suggesting you have a look at the following clip from Youtube while opening up another window and listening to The Dance 1, 2 and 3 from Ambient 3: Day of Radiance by Brian Eno and Laraaji at
http://www.deezer.com/#music/result/laraaji.

See if you agree: I think this music is the aural equivalent of sunlight on water, and somehow it produces a similar response. And many thanks to the people (marcsilverdirector for the video on YouTube) who made both available.

PIR, Cyphers, The Salmon, Krino, Force 10, The Stinging Fly, The SHOp, Incognito………..poets in particular seem to want to publish as well as be published. I myself instigated a short-lived magazine called Slants back in the early nineties. An enjoyable experience, but it takes stamina so stick with it year after year. Eiléan Ní Chuilleanáin, current editor of PIR, is also one of the co-editors of one of Ireland’s longest running poetry magazines, Cyphers. Great credit is due to her for her service to Irish poetry. It would be interesting to read the list of established poets whose first poems appeared in publications she edited.

The variation in design, content and editorial approach makes each publication worth a look. I liked the rotation of editors that used to be the policy of PIR publishing, I also like the inclusion of poetry-related quotations and its well-written reviews. Whereas I would probably be happier to see PIR as an organ solely for championing Irish poets, both in publishing, and reviewing everything that is worthwhile coming out of this country, I always liked the inclusion of translations of foreign poets in Cyphers. The style and content of the SHOp is admirable as is The Stinging Fly. There are too many to talk about, but referring to those that are gone I must mention Force 10. I enjoyed the mix. There was no pretentiousness, it had the ingredient poetry needs more than any other: accessibility.

The first poem I had published in Cyphers s tays in my mind. I had not been into writing that long. I forgot all about this particular poem and when I saw it in print didn’t recognize it as one of mine. Only later did it come back to me. It is called Beyond the Twelfth Lock and is a scene that would be known to those who walk the Grand Canal on the stretch beyond Newcastle.

Beyond The Twelfth Lock.


All the world was in a pool by the canal;

All the Summer turned peacock

Quietly, still, face to the water.

Where I had seen the swans

Today I came on Summer, gold and beautiful,

A few years after deciding I was finished writing a collection of poems called A Midland Town A Country Town which I undertook after seeing John Minihan’s photographs of Athy, I find I’m back in the middle of it again changing and fining and searching for more in those faces and more in my past. And my Roscommon past is turning out to be a rich source of untrampled poetry, but how much do I want to use it, or to be more precise how much do I want to use the people of the town.
The two towns being midland country towns would have had a lot in common; mind you the river and canal bring an extra layer of colour to Athy. Then again Roscommon’s county GAA pitch became an arena for rafting in the winter when the stand’s seats ( railway sleepers) would be arranged two along, two across and the boys from Ciaran’s Park became gondoliers.
Growing up in a town like Roscommon in that time (60’s/70’s) had huge advantages, it was safe, it had the benefits of a county town while being knee-deep in countryside, it had its fair share of historic buildings, (an impressive castle and abbey) which we had the run of, and was close enough to river and lake for sweltering July afternoons. On top of that my family came from there, or half of, and so it was home.
I have no doubt that it was those roots that are the roots of my writing too. And that brings me back to the collection A Midland Town A Country Town and how much I want to use it.


The Boy Who Watched For Apparitions.


Goodnight to the twin moons
stretched along the railway tracks
outside Roscommon.
My night-time window halved
with those trains rushing across the glass,
strips of film filled with their own lives:
adventurers and bon-vivants,
whose strings of lights recreated as they passed
the grassy slope, the elder bushes,
the buffer with the hole in the side;
strangers oblivious to such little worlds
and to the boy who watched for apparitions
from his bedroom window.
And in a moment they were gone,
leaving the darkness darker and the boy listening,
trying to gauge where the sounds
finally disappeared into the wind.


What lay beyond that window-world ?


Now I remember those film strips
sailing through that pitch emptiness;
sometimes they were only ruffed impressions
when the window was full of pouring rain.
I remember how my imagination filled like a can
when all that was left was the headlight's beam
over the trees of Bully's Acre.
And there is often disappointment in these poems;
the disappointment of that place beyond
where the rhythms of trains were reclaimed by the wind.

The Dublin Writers Workshop was, for a number of years, a regular stop for me. I met a lot of good writers, a lot of interesting people, and made a number of friends there.Among those that impressed most me was Warren O’Connell. He was a fine writer and an excellent critic. His criticism was delivered in a gentle, considerate way but was always perceptive,to the point,and bang on accurate.

It was with great regret that I learned that he died last week. I got the message from a member of the Rathmines Writers Workshop of which Warren was a member.It is a sad time for them,particularly some of the longer established members who were close to him.

Rathmines will be an emptier place for not bumping into him occasionally. Pearse Hutchinson has a poem in which he says (I’m paraphrasing him) universal courtesy would be revolutionary; in that revolution Warren would have been the rebel leader. He was a wonderful person; he will be missed.
Posted by Michael at 3.26pm Monday, May 12, 2008 No comments:

Searching for Irish Poetry Festivals I found ó bhéal Poetry Blog. It contains a listing of the year’s poetry festivals and the upcoming Open-Mic nights in the Long Valley pub in Cork with the featured poets. It also contains an interesting selection of videos relating to poets and poetry. Well worth a visit to http://www.obheal.ie/blog/
Posted by Michael at 3.26pm Sunday, May 11, 2008 No comments:

I felt like hearing Luke Kelly singing Raglan Road, then decided anyone reading the blog should hear it too. But I had trouble choosing between two YouTube videos. The first has some excellent portraits of Patrick Kavanagh, the second includes a snippet of him singing before switching to footage of Luke singing. So for the price of one………..here’s 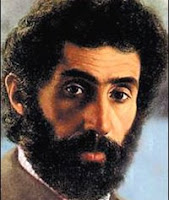 But there are some things, some high moments
( I saw a woman poet, for example
so absorbed in space
that the sky laid eggs in her eyes;………)
Sohrab Sepehri

How can you overlook words like these taken from a translation of the Iranian poet’s “The Primal Call”. His poetry, even in translation, is so beautiful that when you read it you realize that beauty itself is what’s missing from so much contemporary poetry.

I have never come across two pines in fight,
And I have never seen a willow
selling its shielding arms to the earth.
And the elm-tree is setting free of charge
the cool space within its leaves for the crows.


These lines from Sepehri’s wonderful poem, The Footsteps of Water, translated by Maryam Dilmaghani demonstrate again his poetic genius: this strong political point is couched so gently in nature that the crass capitalism it derides is made to appear completely alien to all that is good. This quotation is to be found at http://www.sohrabsepehri.net/ which I strongly recommend if you want to read more works by the same poet beautifully translated by Maryam Dilmaghani. The former can be read at http://poems.lesdoigtsbleus.free.fr/id95.htm and while you’re there check out the poetry library.(Avoid the homepage for the moment, a threat was detected there by my anti-virus program)
Posted by Michael at 3.26pm Wednesday, May 07, 2008 1 comment: