He, who covered my body


whose hands were wrack


swept over my skin,


kisses on my back


a colony of shell fish.

He, who would have crossed a mountain range


for an hour between my thighs


now crawls over me


and insults me with lies


that have made greater pincers


of his mouth than his hands.

What does he see in me ?

Meat to excite him,


even his fingertips betray him.


from their original meanings;


the touches stain you.

I have watched him slither from my gaze


a thousand times a night


while slipping the word love


watched him develop this communication

Reflections in puddles and pools can throw reality into the most unexpected compositions of forms and colours. Juxtaposed with the watery medium's actual surroundings, the resulting artistic effect can be stunning.
I find this to be  particularly true of bog holes. The spare beauty of the landscapes, the bleakness of winter skies in Ireland, the suggestion, (since they tend to be oblong, rectangular), of an ethereal grave. If I stop to look, I'm likely to find myself  absorbed into melancholic thoughts.


Mute Michael laid out on water


Fissures of sky rake him,

Detail from painting by Elaine Leigh.
Posted by Michael at 3.26pm Sunday, November 22, 2015 No comments: 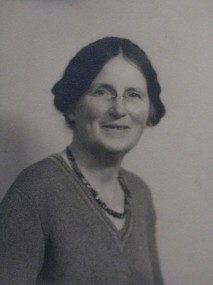 Suffragist, labour activist and nationalist, Kathleen Florence Lynn lived most of her life in Rathmines, and has been shamefully forgotten in a city she served selflessly and tirelessly.

She was born in County Mayo in 1874, daughter of Church of Ireland Rector, Robert Lynn. Some of her education was received at Alexandra College, Dublin; she qualified with degrees in medicine, surgery and obstetrics from the Royal University in 1899. In 1909 she was made a Fellow of the Royal College of Surgeons.During the Lock Out of 1913, she became involved in the relief efforts for workers and their families. This commitment to the welfare of Dublin’s poor became a driving force for the rest of her life.

Her activities brought her close to Countess Markievicz and James Connolly. She was appointed Chief Medical Officer with rank of the Captain of the Irish Citizen Army, and served in that position during the Easter Rising. Part of the City Hall Garrison, at the time they surrendered, it was Kathleen who was in command. Imprisoned after the Rising; following her release she became an active member of Sinn Féin. She was elected TD for Dublin County on the anti-treaty side in 1923. After failing to be re-elected in 1927, her involvement in politics diminished; she did remain active with the Rathmines urban district council until 1930.

Lynn lived and ran a practice at 9 Belgrave Road, Rathmines. Her commitment to Dublin’s poor was exemplified by her work at Saint Ultan's Hospital, which she founded, along with Madeleine ffrench-Mullen, in 1919 to care for impoverished mothers and infants. It was a pioneering initiative, the first infant hospital in Ireland.

She died on 13 September 1955, and was buried in Deans Grange Cemetery with full military honours.

Her sympathies with the Republican cause brought her into conflict with her family, her gender mitigated against her in her profession. In spite of all this, she persisted and is one of Ireland's great unsung heroines. Perhaps the new children’s hospital will be named after her; one way or the other, it is now time to honour Kathleen Lynn.
Posted by Michael at 3.26pm Thursday, November 19, 2015 No comments:

Two launchings for your diary. I’m  delighted to be launching Gerry Boland’s new collection of poems, In the Space Between (Arlen House) in King House, Boyle at 12.00 noon on Saturday 28th November.
The second is Dr Louise Nugent and Dr Richard Scriven's Wells, Graves & Statues: Exploring the heritage and culture of pilgrimage in medieval and modern Cork, which will be launched at 7pm on Wednesday the 25th of  November at St Fin Barre's Cathedral, Cork City.
Posted by Michael at 3.26pm Tuesday, November 17, 2015 No comments:

Who Has Seen the Old Men?

Poverty makes  old look older.  Clothes become outer skin. Identified by their clothing, faces become unseen. We discount the clothes before there is ever the beginning of engagement with the person's face. And so, having dehumanised many of the most needy, we can live, happily avoiding the poverty on our streets.
Who Has Seen The Old Men?
Who has seen the old men
getting their suits
tanned to their backs?


Years worn on face
and on cloth;
the cloth becomes the face.


And when the Summer colours
come clashing
on the young,


to place in your mouth


to ripen your tongue.

The water guttering down


to be a trellis of fingers

This soft drizzle of sunlight


to fall gentle as the petals


of meadowsweet on your cheeks.

This bindweed and all tendrils


to hook and bind

What Does He See Where I See Only Stone?

What does he see where I see only stone?


The man is still, his gaze fixed on the ground


but that gaze compels you to look again;


in such  moments a mind might overreach the stars.

I see my reflection, he says;


I see my hair no longer covers my head,


its silver ring above my ears, he says,


And, he says, I see the child struggling


in the young branches of childhood,


the school doors fanning him on and on


through corridors of captivity, a whirligig


through years, disremembering his own footsteps.


I see the would-be lover, and he loved his hair;


he put a shine in his eye like I polish a shoe;


and his full bracelet of teeth; my God, he could smile.


till they become hobbled old goats that have outstared you,


till they have become unbelievable.


My young loves reflected back have their young faces still


but I would be afraid to see them now.


My plans and projects are shunted, rusting old carriages;


I don't visit them anymore.

The old man's arms are folded so fingers lie like stripes


on his right arm, forage in the dark woolen sleeve


of his left. His head is slightly forward,


his eyes unblinking as though entranced


by weeds growing on the floor of a pond.

I see too that I never held the reins of a life,


that indifference is a colander, indecision has the grasp


of a hand without fingers. Days are punched down


they grow into months; life flitting across the pages


of a calendar, falling  into the holes between Christmases.


And I remember those Christmases


long ago when I was young, the totting up  ̶


over a drink  ̶̶ of departed faces and the wishes,


the wish-bone skinny wishes for the coming year


that smouldered beside a glass of stout and then went out.

I see those faces whose roots entangled with my own,


how arrogance blinded me so I could not see


it was the carpet of their roots that buoyed me up


until recently, feeling them slip away,


feeling the cold gaps they’ve left around me, I discovered


it wasn’t I that put the colours in my head,


and with that discovery much has toppled


that hindered my view. I see, as though from a height,


my head is indistinguishable from all the others


rushing like froth from this life that we call

Now his face is raised, his eyes red-rimmed


with the racing bobbin that’s in his head:


I saw the ground and the scuffed toe to my shoe;


each petition a guttering flare.
Posted by Michael at 3.26pm Tuesday, November 03, 2015 No comments: